The salient features of the settlement are:
1. The employees engaged for Cable/Line maintenance will be paid @ Rs.258/- + DA
2. All other workers will be paid @ Rs.236/-+DA
3. EPF and ESI will be implemented.
4. Work less than 4 hours will be treated as part time and ESI & EPF will be implemented
5. Payment of Bonus will be considered and provision will be included in the Tender
6. ID card certified by BSNL officer will be issued
7. The system of Work Contract will not be implemented at present.
This is the first time that a uniform wage structure has been implemented throughout the state and there will not be any victimization against the workers participated in the strike.
[30.08.2013]Casual and contract workers of West Bengal circle are on 48 hours dharna.The casual and contract workers of West Bengal circle are on a 48 hours dharna since yesterday.  This struggle is going on, demanding important demands of the casual and contact workers, which includes regularisation of the left out casual labourers of the circle. Eventhough the Corporate Management has given many assurances in the floor of the National Council, regarding this important and burning issue, no result has come so far. This is an important demand in forthcoming one day strike of the BSNL employees to be held on 27-08-2013. CHQ congratulates the West Bengal comrades for the struggle and assures to take up the demands actively at the National level.

[30.08.2013]The 16 day old strike of the Kerala casual and contract worker's strike ended with an excellent settlement.
The strike of the casual and contract workers, that has been going on in Kerala, for the past 16 days has come to an end with an excellent settlement. The demands of the strike included uniform as well as enhanced wages, bonus, implementation of EPF and ESI, issuing of ID cards, etc. The strike was total with 100% of the casual and contract workers participating in it. Further it was fully supported by BSNL Employees Union. The circle administration was adamant and did not come forward to settle the genuine demands of the workers. Instead, it adopted all methods to break the strike. As a result, the BSNLEU announced work to rule by the regular employees from 26-08-2013 onwards. The combined struggle of the casual and contract workers as well as the regular employees compelled the circle administration to accept the demands by reaching an agreement with the unions. As a result of the agreement, the wages of the workers have increased substantially and for the first time, uniform wages are being implemented throughout Kerala circle. Other issues, such as bonus, implementation of EPF&ESI, issuing of ID cards etc. have also been settled. As a result of the settlement, the struggle is deferred. CHQ heartily congratulates the Casual and Contract Workers Union of Kerala and it's members for conducting the 16 days struggle.  CHQ also salutes the BSNLEU Circle Union of Kerala for extending stubborn support to the struggle of the casual and contract workers.
<<

As you are aware, the entire casual and contract workers of Kerala circle, irrespective of whether external, internal, part-time or fulltime, daily-wages or monthly paid, sweeping or scavenging, peon duty or technical duty, all are on strike from 12/08/2013 under the banner of BSNL Casual Contract Labours Union. They had submitted their charter of demands as early as on 10/07/2012. The matter was again brought to the notice of the circle authorities many times and even since you had taken over. Several agitation programs with the participation of the entire workers also have been conducted as the matter was not heeded to. Now, finding no other way, these poor workers have been compelled to go on strike.

The entire works of the circle have been badly affected after the commencement of the strike since the works cannot be carried out without the assistance of the casual-contract workers. Faults are mounting day by day. Even the cleaning of toilets are not carried out and in total the offices have become so unhygienic that the regular workers find it difficult to carry out their work in the unhealthy environment. Office works are paralyzed in some SSAs with acute staff shortage where we have to depend on casual-contract workers for running the offices/exchanges/CSCs.

The extended circle working committee meeting of BSNLEU held at Trichur on 13/08/2013 has assessed the situation and decided that we, the major representative union, cannot remain silent spectators to the lethargic attitude of the management, but has to demand strongly that the management should take initiative to resolve the present crisis. Our has further decided to organize circle wide demonstrations at SSA HQrs and Circle HQrs on 16/08/2013 and Mass March to GM/PGM/CGM offices on 20/08/2013 demanding immediate settlement of there legitimate demands.

We hope that you may take a positive approach in settling the demands and avoid the present crisis. 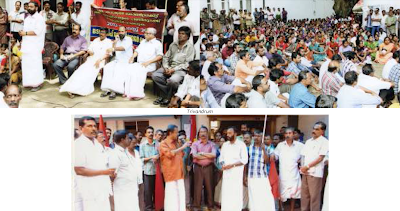 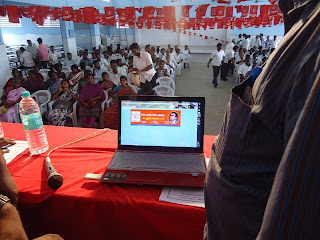 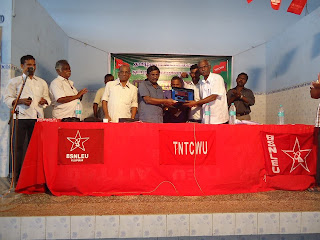 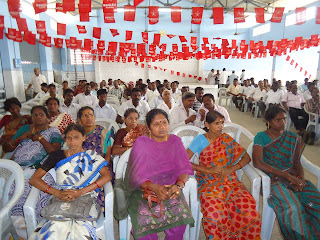 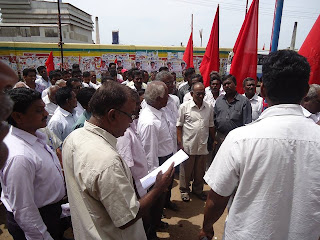 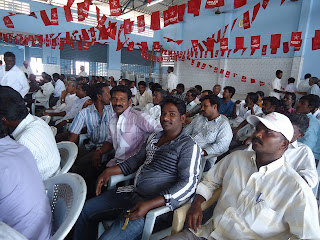 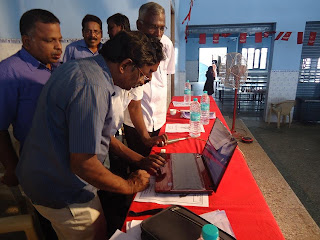 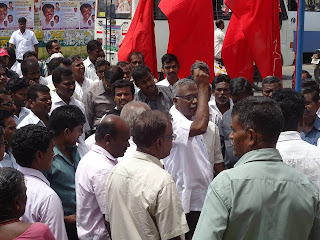 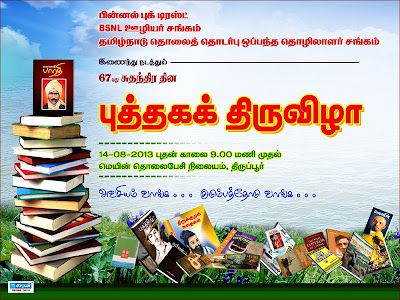 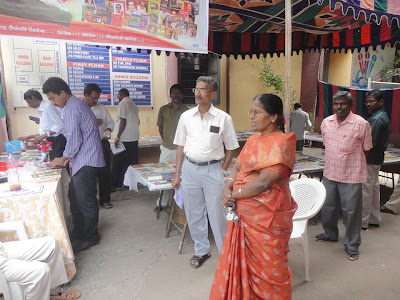